​George Buckingham is an internationally known Mediator, Facilitator and Trainer. The recent focus of his work has been to assist labor and management organizations in strategic negotiations, mediation and facilitation as well as training to improve relationships. Mr. Buckingham is also a distinguished Labor Arbitrator and a member of the Roster of Arbitrators of the Federal Mediation and Conciliation Service.

From 2002 until 2009, Mr. Buckingham was Assistant Professor of Labor and Management Relations in the College of Business at Cleveland State University where he taught courses in labor law, collective bargaining, employment law, labor management cooperation, and human resources.  He also developed and taught a course in mediation for Cleveland State’s Graduate Business School and Law School.

Prior to teaching at Cleveland State, Mr. Buckingham had a 27 year career with the Federal Mediation and Conciliation Service (FMCS) serving in a variety of positions.  Before assuming a managerial role with FMCS, he served as a Commissioner in the Cleveland Field Office for twenty years.  In that capacity he mediated collective bargaining disputes and age discrimination claims; and trained and facilitated parties in all forms of alternate dispute resolution. His expertise in Interest based negotiation, labor management committees, and participative management is unparalleled in the industry.

In 1999, Mr. Buckingham was selected as the Deputy Director for the FMCS.  In that position, he served as advisor to the Director in establishing policy, and representing the Director in a variety of forums with the White House, the President’s Cabinet, Congress, national leaders of labor and management organizations, and federal, state, and local government officials. Additionally, he participated in the mediation of labor disputes of national scope and significance and was responsible for the operation and implementation of FMCS policies and procedures for dispute mediation and preventive mediation. Mr. Buckingham served as the principal operations officer for the FMCS, responsible for managing the daily operations and implementing policies, programs and administrative support functions of the National Office.

His publications include “Variables Affecting Mediation Outcomes” published in Peace and Change, and “Cooperative Bargaining Styles at FMCS, A Movement Toward Choices”, with Carolyn Brommer and Steve Loeffler published in the Pepperdine Dispute Resolution Law Journal. 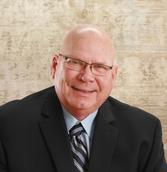 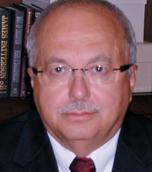 Prior to forming C. Richard Barnes & Associates, LLC, Richard Barnes was the Executive Director of the Center for the Workplace at Georgia State University in Atlanta, Georgia.  For seventeen years preceding his tenure at Georgia State, Richard served as a Federal Mediator with the Federal Mediation and Conciliation Service (FMCS), with seven of those years in executive management.

In 1998, President Clinton appointed Richard to serve as the 14th Director of FMCS.  Once confirmed by the U.S. Senate, he became the first career mediator in FMCS history to receive both the Presidential Appointment and Senate Confirmation, a testament to his vast experience in labor management relations, strategic negotiations and dispute resolution processes.  His second Presidential Appointment to the National Partnership Council again recognized his commitment and expertise in developing and implementing positive workplace change initiatives.

As Director of FMCS, Richard was responsible for the management of our nation’s Federal Mediators in all fifty states, Puerto Rico, the U.S. Virgin Islands, Guam and the Panama Canal.  As both Director and Deputy Director, he led mediation teams that resolved some of our nation’s most significant, intense and protracted labor-management disputes. In recent years, these included complex bargaining between the 185,000 members of the International Brotherhood of Teamsters and the United Parcel Service; the International Association of Machinists and the Kennedy Space Center; the California Nurses Association and Kaiser Foundation Hospitals; and The Boeing Company and the Society of Professional Engineering Employees in Aviation and the FMCS mediation team that resolved the West Coast Ports dispute between the Pacific Maritime Association and the International Longshoremen and Warehouse Union. Most recently, Richard successfully mediated the high profile dispute between the Chicago Plumbers Association and the UA Local 130’s 3,500 Plumbers in the City of Chicago.

In his early years with FMCS, Richard served as the Alternative Dispute Resolution Coordinator and as Preventive Mediation Coordinator for the Southern Region of the U.S.  During his tenure as the Alternative Dispute Resolution Coordinator, he conducted complex multi-party regulatory negotiations, including the West Tennessee Tributary Project, Native American Self-Determination Projects and commercial dispute resolution issues involving the Panama Canal.  Richard was subsequently selected as the FMCS District Director for the Atlanta District and soon promoted to Southern Regional Director. Shortly thereafter, he was selected as the Deputy Director for Field Operations in Washington, D.C. and in this position played a pivotal role in the strategic redirection of FMCS, a five-year reinvention process that realigned the agency, its services and personnel, to meet the changing needs of the labor relations and conflict resolution communities throughout the United States.

Prior to his mediation career, Richard was an International Representative with the Laborers’ International Union of North America, AFL-CIO for 16 years. As a labor representative, he negotiated in excess of 300 labor agreements spanning thirty-five separate industries.

Throughout both public and private sectors, Richard is an internationally recognized mediator, facilitator, skills trainer and speaker.  He serves as the facilitator for the Construction Users Roundtable’s (CURT) Tripartite Initiative, an unprecedented forum of construction industry leaders from the owner’s community, national trade organizations and organized labor.  In addition, Richard is routinely called upon as a mediator in multi-party commercial disputes such as a recent mediation involving a complex water contamination dispute between the U.S. Department of Justice and the U.S. Air Force at the Kelly Air Force Base in San Antonio, Texas.  Richard also advances the practice of dispute resolution in labor relations through his role as an adjunct professor at Pepperdine University’s Straus Institute for Dispute Resolution in Malibu, California, as a member of the Board of Advisors of the Institute for Conflict Management at Lipscomb University in Nashville, Tennessee, as a visiting professor at the Clinton School of Public Service at the University of Arkansas in Little Rock, Arkansas and as an adjunct professor at Kennesaw State University’s Masters of Science in Conflict Resolution program. Richard serves as the instructor for the Partnering Program of the National Electrical Contractors Association (NECA) and the International Brotherhood of Electrical Workers (IBEW). Recently, Richard was selected as a faculty member of the VOLT Program – a yearlong cohort leadership program presented by the Electrical Training Alliance.

A native of Chattanooga, Tennessee, Richard is a veteran of the U.S. Army and served as an instructor at the Medical Field Service School at Brooke Army Medical Center, Fort Sam Houston, Texas. As a graduate of Antioch University and the George Meany Center for Labor Studies, he holds academic degrees in Labor Studies and Labor Economics. Richard and his wife Audrey reside in Atlanta, Georgia.